It has been my privilege to visit six of our chapters this month and to present my report on June’s Continental Congress, Washington D.C.
Uintah Chapter invited me to their first meeting of the year, September 8, 2012. Constitution Week events were presented in the form of a play set in 1787 by Lisa Hoyt and Meredith Frey. I was pleased to introduce the State Regent’s project of raising funds for a piano at the new Fisher House in Salt Lake City. 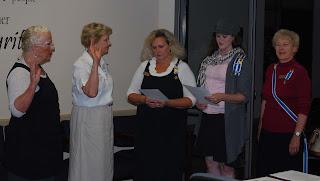 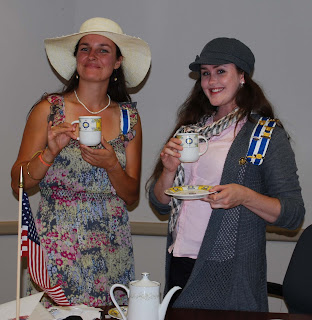 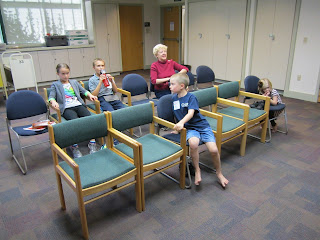 A trip down to the southern part of our state involved meeting with Bald Eagle Regent, Sondra Jeffus and Jane Nelson Comp. Both of these ladies were involved in a Geneology Workshop in Cedar City, where they handed out pamphlets to interested people about the DAR.Sondra comes to us from California and is enthusiastic about helping Bald Eagle shine.

Color Country had their opening meeting September 11, 2011, with a Constitution display in the foyer of Village Bank in St. George. A meeting and social followed upstairs. Some of the daughters were in costumes of the Revolutionary Period. Later, I had the privilege of visiting a site in City of Ivins, Utah, where the new Veteran’s Center is being built. The daughters are excited to support this worthy endeavor and to honor veterans in the southern part of Utah who will come to this facility. This will be the 3rd such Veteran’s Center in the state of Utah (with Ogden and Salt Lake having the other two facilities.) 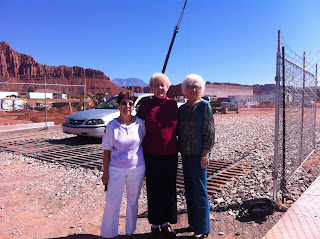 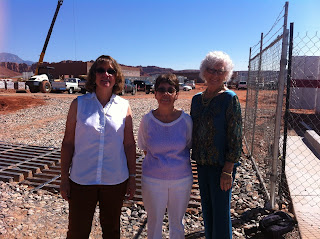 Saturday, September 15th, Bear River held their opening meeting in the town of Preston, Idaho.Regent Joann Jensen was able to obtain DAR funding for restoring the bell tower of the Oneida Academy School in that city. The grant was $9,000.00 and was matched by an anonymous donor, making $18,000.00 total. Bear River members live in Preston (just over the border) and in Logan, Utah area.

After a delicious lunch, we were given a tour of the Oneida Academy by Necia Seamons, Chairman OSAF. All in all, it was an informative and delightful afternoon. 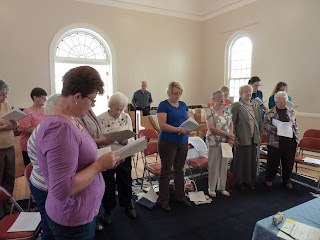 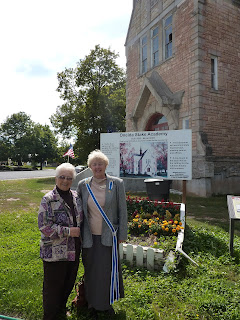 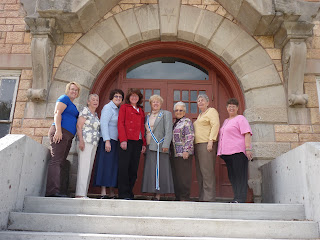 Joann Jensen, Regent and Bear River Chapter at the entrance to the Oneida Academy 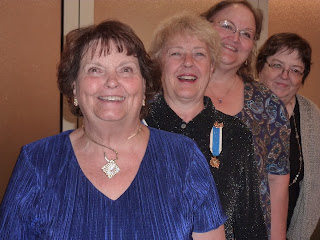 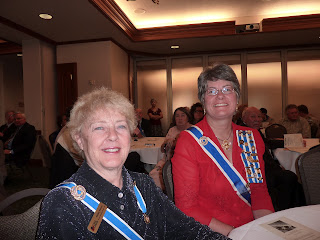 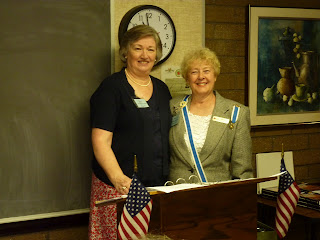 Harriet Rasmussen, Regent Princess Timpanogos with Shirley Nelson, State Regent
My final visit this month was to Wasatch Range September 22, 2012, in Orem, Utah at the new and beautiful Orem Public Library. As in previous meetings, I spoke about the Continental Congress and objectives of the Utah State Society. The daughters were encouraged to purchase a “KEY” to help raise funds for the new piano for the Fisher House. The cost is $10.00/key for which the name of the contributing daughter will go into a drawing for Helen Clayton’s new quilt to be given away at State Conference April 25-27th in Salt Lake City. If you are interested in participating in the State Regent’s Project, please make a $10.00 check out to USSDAR and give it to your chapter treasurer who will make a report and mail to our state treasurer, Deborah Hoyt. This way we will have a duplicate record of those contributing. You do not have to be present to win the quilt; but we would like all daughters to make an effort to attend the State Conference April 25-27 in Salt Lake City. President Merry Ann Wright will be in our honored guest. 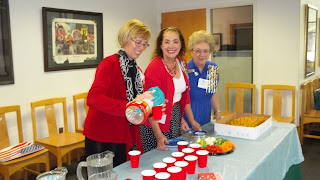 I look forward to representing you in Washington D.C. at the National Board of Management in October and to visiting more chapters this fall.